Fast on the Draw: Among the First to Offer Draw Games Online

Hundreds of millions of people worldwide buy lottery tickets. In the US alone, lotto sales exceeded $70 billion in 2014 and show no sign of waning.

Draw games, offering jackpots that can reach as high as tens of millions of dollars, account for as much as half of all lottery sales. Jackpots reaching hundreds of millions of dollars spark buying frenzies that cause sales to skyrocket. When the Powerball jackpot reached $1.5 billion in the US in early 2016, for instance, more than 371 million tickets were purchased.

The Michigan Lottery was one of the first US states to an online sales option for draw games. It
expanded its online offering by adding interactive draw games to its portfolio in February 2016 — securing itself a place as a groundbreaker in the industry.

The result: a resounding success.

The online versions of the popular draw games are designed to look as similar as possible to the appearance and branding of their retail counterparts:

The user experience is as streamlined and intuitive as possible; clicks are kept to a minimum. A player who selects one of the four draw-based games is immediately given one-click price options and number-selection options (automatic, favorites, or hand-picked). 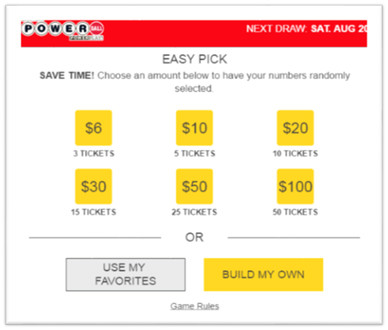 The follow-up (second and final) screen — unless one hand-picks numbers — is the confirmation/checkout page.

Additional online player options include the Powerplay option to multiply winnings and the ability to buy tickets in advance for future lottery dates.

Giving players in Michigan the ability to purchase tickets for draw games in a user-friendly PC/ mobile environment has proved popular, paving the way to new revenue growth. Tens of thousands of players on the average now buy tickets for draw-based games online each month, with jackpot-driven spikes in activity. This nets the state millions in annual revenue to be applied to worthwhile causes.

Most of the retail DBG players who ventured online to buy tickets explored Instant game options. 61 percent continued to play mostly draw-based games, but fully 39% of these players became active Instant game players, in addition to their DBG activity. This is a dramatically high percentage that underscores the untapped value of retail DBG players. 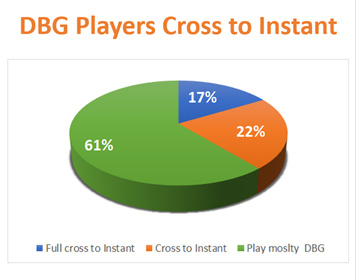 With draw games accounting for about half of all sales at retail points, interactive draw games have proven to be an important part of a well-rounded omni-channel portfolio that enables a lottery to best meet the needs and expectations of its customers, leverage the inherent potential of all player interactions and maximize growth and revenues at all touch points.

Jackpot Players Are a Valuable Resource; Expanding Their Activity to Instants Delivers Rich Rewards Scope of Success Enormous Player Base to Leverage: More than 50%

Step into the future of iLottery now

This site uses cookies to personalise content and to make it easier to use. We also share some information with third parties for analytics purposes.
Necessary Always Enabled

Analytical cookies are used to understand how visitors interact with the website. These cookies help provide information on metrics the number of visitors, bounce rate, traffic source, etc.